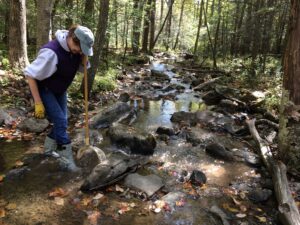 A body of water is called “impaired” when it is too polluted or degraded to meet water quality standards. A biological impairment can have many causes. Identifying those causes and deciding how to alleviate or remove them is often challenging.

Sometimes, however, a known stressor doesn’t impact biological communities as expected. This was the case when the Savage River reservoir was flushed of built-up sediment in 2011.