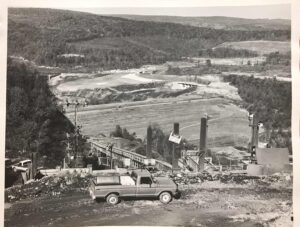 A dam across the North Branch was completed in 1982 to create Jennings Randolph Lake (JRL). The lake, operated by the U.S. Army Corps of Engineers (USACE), has four mandates:

ICPRB reviewed and analyzed monitoring data collected by multiple agencies in the North Branch Potomac River watershed and found significant improvements in water quality. The improvements can be attributed to many factors, including regulatory enforcement, mine runoff mitigation, wastewater treatment, infrastructure improvements, forest regrowth and the abatement of acid rain.

Current JRL dam operations still play an important role in controlling floods along the river mainstem but have less and less of a role diluting downstream pollutants, especially after the Luke paper mill closure in 2019.

A scoping study report drafted by USACE and ICPRB determined that an update of the 1997 Reservoir Regulation Manual was needed. The management tools used now and the available instream data are insufficient to determine Jennings Randolph Lake’s role in the current ecosystem. The report concluded the update should be performed after additional information had been collected and studied.

USACE cold-water releases from JRL in summer presently cool the river for miles below JRL. These releases have improved aquatic habitats for cool- and cold-water fish. Native brook trout (Salvelinus fontinalis), as well as naturalized brown trout, have been successfully reproducing in the JRL tailwater area since 1990. ICPRB is encouraging USACE to incorporate an objective of maintaining low temperature summer releases into its water quality authorized purpose because the need to address pollution-related objectives is lessening. A long-term goal would be to extend trout habitat further downstream and establish a self-sustaining sport fishery. 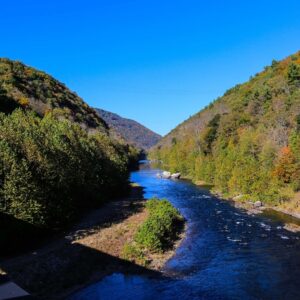 USACE and ICPRB rely on quantitative tools to support their respective roles in making JRL storage and release management decisions. Currently the USACE quantitative tools are primarily used to provide information during high flow periods and ICPRB’s tools are focused on drought. The high frequency temperature data will allow further development of these and other tools to achieve a higher degree of overlap in model predictions and develop flexible flow management scenarios.