Crabs, oysters, dead zones, Potomac cleanup, the way we were, and more in the Potomac News Reservoir. 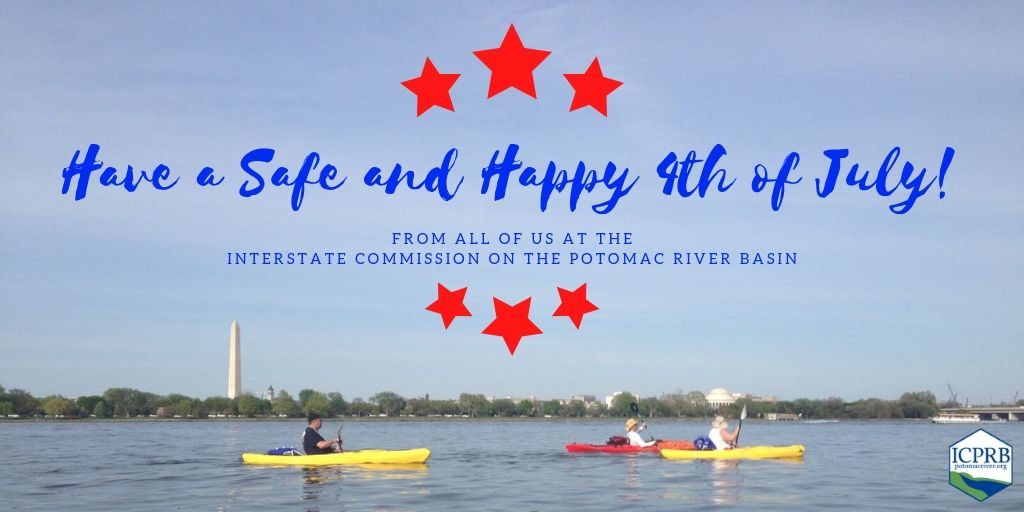 Trout continue to bite in the western streams, mountain streams of the Shenandoah, and the North Branch and Savage.

The Shenandoah mainstem and its forks are giving up some nice smallmouth bass and catfish. Some algae is beginning to appear in spots.

The upper Potomac is in good shape, with reports of some nice smallmouth bass and catfish around Dams 4 and 5. As water levels slowly decline, fish may concentrate during the day in deeper ledges and rock gardens. Bank fishing with topwater lures will be more productive at dawn and dusk. Catfish can be found in any deep hole or channel with cut bait.

In the District of Columbia, anglers are finding lots of catfish at bridge pilings and deeper channels. Anglers are taking largemouth bass off the War College wall and adjacent grass. Some smaller striped bass have been caught as well. Downstream bass are being caught with crankbaits and plastics at Blue Plains and Fox Ferry point. 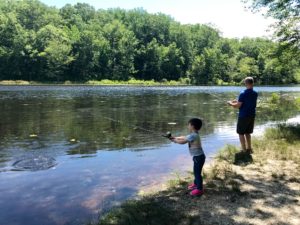 Bass are being found in the few main channel grass beds, piers, and other wood structure. Grass beds near the mouth of Mattawoman Creek are producing some nice fish. Snakeheads are breeding at the heads of tidal creeks, and appear to be spawning even in areas without grass, where they defend bald patches of creek bottom.

Near the Route 301 Bridge, anglers are working the shipping channel, trolling, chumming, and jigging for striped bass. Chum slicks also bring blue catfish. The area continues to see very low salinity, average clarity, and a larger than normal dead zone of low oxygen is predicted. As temperatures rise, the stripers—especially larger fish—can exhaust themselves when being caught in the warmer water, Maryland Department of Natural Resources is cautioning anglers about fishing in the warm waters for a species that is having population issues.

Near the river’s mouth, anglers are continuing jigging, chumming and trolling for striped bass on the  channel edges from Piney Point to St. Georges Island, with blue catfish in the mix. Shallow water fishing has yet to pick up. And anglers continue to wait for the arrival of croaker and spot. White perch are everywhere, and crabbing continues to be pretty good.

Trout continue to bite in the western streams, mountain streams of the Shenandoah, and the North Branch and Savage. Lots of terrestrial hatches are occurring, so match the hatch!

The Shenandoah mainstem and North Fork are running well and fairly clear, and are giving up some nice smallmouth bass, catfish, and sunfish.

The upper Potomac remains stained in some areas, but is generally running and fishing well. The smallmouth bass fishing seems slow in some areas. Walleye and some musky are taking up the slack around Dam 4. Catfish seem to be everywhere. Smallmouth bass fishing is slow at Lander and Brunswick, but with good numbers of catfish. Fish are setting in to their summer pattern. Bass will be feeding close to shore during low light, and moving o deeper areas with shadow during the day.

In the District of Columbia, the Fletcher’s Boat House area is giving up lots of catfish. Bridge pilings and wood structure are holding fish as well as the emerging grass beds. The Washington Channel and War College grass beds remain popular spots to hook up with smallmouth bass and the occasional striper.

Downstream, anglers are focusing on some main river grass beds and wood structure. Dock pilings and other obstructions are holding fish, which move to shallows as tide ebbs and the sun goes down.

Although largemouth bass remains the target of choice, many anglers are going after the healthy populations of snakeheads and blue catfish. Judging by the anecdotal reports on social media, anglers are taking large numbers of both fish. Additionally, both species also have commercial fisheries, and population numbers seem to be holding up in the face of this increased pressure. Snakeheads ae prevalent in the grass beds and in shallow water at the heads of tidal creeks, with many anglers using kayaks to get to the fish in these difficult areas.

Near the river’s mouth, anglers are jigging, chumming and trolling for striped bass on the  channel edges from Piney Point to St. Georges Island, with blue catfish in the mix. Shallow water fishing has yet to pick up. And anglers continue to wait for the arrival of croaker and spot. White perch are everywhere, and crabbing continues to be pretty good.

The Maryland Forest Service manages 214,000 acres of forest spread among 13 different State Forests.  At 3,510-acres, Cedarville State Forest is one of the smallest, but not the smallest, of these managed forestlands.

Before European settlers arrived, the Piscataway Indian Tribe would travel to this area of Maryland to enjoy the cooler climate and plentiful hunting and fishing during the summer months. On the fourth Sunday of the month (other times by appointment), stop by the Piscataway Indian Museum and Cultural Center in the nearby town of Waldorf to dive deep into the history and culture of the Piscataway Indians and other native people.

The headwaters of Zekiah Swamp Natural Environment Area are found within Cedarville State Park. The swamp drains into the Wicomico River, a tributary of the Potomac River. This area has been claimed to be one of the most significant ecological areas in the Chesapeake Bay watershed.

Picnic tables are located throughout the area on a first-come first-served basis. Two pavilions are available for rent for large groups.

Fishing and hunting are allowed (within designated areas and with the correct license). A fishing pond, with benches and shade, is stocked with bluegill, catfish, sunfish and bass.

There are 19-miles of hiking trails throughout the forest, including mountain biking and equestrian trails.

Trout are available in managed areas and down the North Branch. Shenandoah trout streams are doing well with several hatches going.

The upper Potomac is still stained on some areas from recent rains, but is clearing. Smallmouth bass and sunfish will be at the bank in the morning and evening, and moving to deeper ledges and rock gardens when the sun is up. Some nice musky have been taken near Dam 5. Catfish are available at most areas. The Lander and The North Fork and mainstem Shenandoah are fishing nicely for smallmouth bass and catfish.

In the District of Columbia, the Fletcher’s Boat House area is giving up a few striped bass and lots of catfish. In the tidal river, grass beds are few and far between, so bridge pilings, docks and other structure are holding fish. Some hydrilla and coontail are emerging.

Downstream, some main channel grass beds are emerging, and the tidal creeks on both sides of the river hold some nice largemouth bass and lots of snakeheads. Blue catfish are on the edges of the main river channels.

Striped bass action is picking up near the Route 301 Bridge, with anglers trolling and chumming the channel edges.

Near the river’s mouth, anglers are jigging, chumming and trolling for striped bass on the channel edges channel edges from Piney Point to St. Georges Island. Many blue catfish can be. Shallow water fishing has yet to pick up.. White perch are everywhere, and crabbing continues to be pretty good.