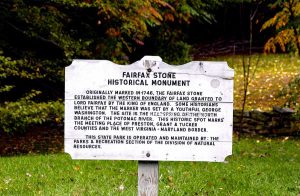 Fairfax Stone State Park, near Davis, West Virginia, has no boating, no hiking, and no camping. It does not even have a restroom. In fact, it is a diminutive 4-acre park.  However, it has immense importance to the Potomac River and the history of the region.

Before the American Revolution, it was the tradition that English kings would reward loyal friends with large parcels of land in the territories. A plaque on a six-ton rock at the entrance of the park commemorates the western boundary of land granted to Lord Fairfax by King Charles II of England in 1746. 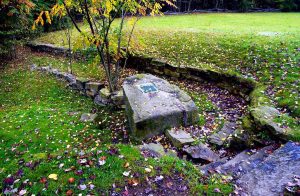 His bounty was, “bounded by and within the heads of the Rivers Rappahannock and Patawomecke”. Known as Fairfax Stone, it is one of the oldest markers in the United States. This plot of land has been part of many boundary disputes.

There may not be many amenities in this charming park, but it is a good reminder that even the largest rivers start as a trickle.

Camping and other amenities can be found at the nearby Canaan Valley Resort State Park and Blackwater Falls State Park. 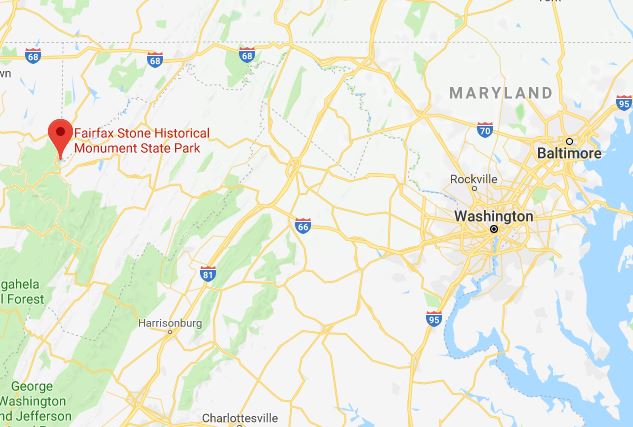