ICPRB > News > About the Basin: Birding in the Basin

About the Basin: Birding in the Basin

This is a busy time for many species of birds. The northern migration is ramping up and they are moving out of their summer homes. For us less-feathery folk, it is a great time to get outside and discover our avian friends.

Do you find it hard to believe there are other birds besides the ubiquitous pigeons and Canadian geese throughout the Potomac River basin? In fact, there is a wide variety of beautiful bird species in the region. 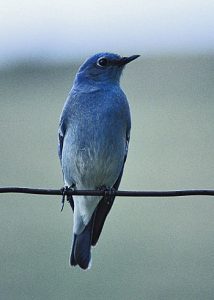 Right outside of the District and smack dab in the middle of the Potomac River is Theodore Roosevelt Island. In this oasis outside the city, you will see species that are commonly found in swampy and marshy areas, such as green herons and wood ducks. Bald eagles have also been known to nest on the island. For those fans of the movie “The Big Year”, the National Park Service provides a brochure to keep track of your finds.

The Audubon Society of Central Maryland maintains two large wildlife sanctuaries in eastern Frederick County, Maryland. Explore the flora and fauna on your own or join the organization on the third Saturday of every month for an informative nature walk.

At an unexpected haven in the southeast area of Fairfax County, Va., known as Huntley Meadows Park, you will find such striking birds as Eastern Bluebirds, Common Yellowthroats, and Northern Flickers. The land, which was once owned by Mr. George Mason IV, is now a 1,500-acre park with trails and watchtowers for your bird-watching pleasure. This park is known for being a prime birdwatching location with more than 200 different bird species spotted over the years. There is a Monday Morning Birdwalk that has been held, rain or shine, for the past 30 years.

With as many as 430 bird species in the area, there are plenty of opportunities for birding. Other local areas known for excellent birding include the Antietam Battlefield in Sharpsburg, Maryland, Yankauer Nature Preserve along the Potomac River in Shepherdstown, West Virginia, and Elizabeth Hartwell Mason Neck National Wildlife Refuge in Lorton, Virginia.

Can’t get out to see birds this weekend? Explore a live migration map and other birding-geekery on the Cornell Lab of Ornithology’s website, BirdCast, or check out one of the many live bird-cams located throughout the basin.