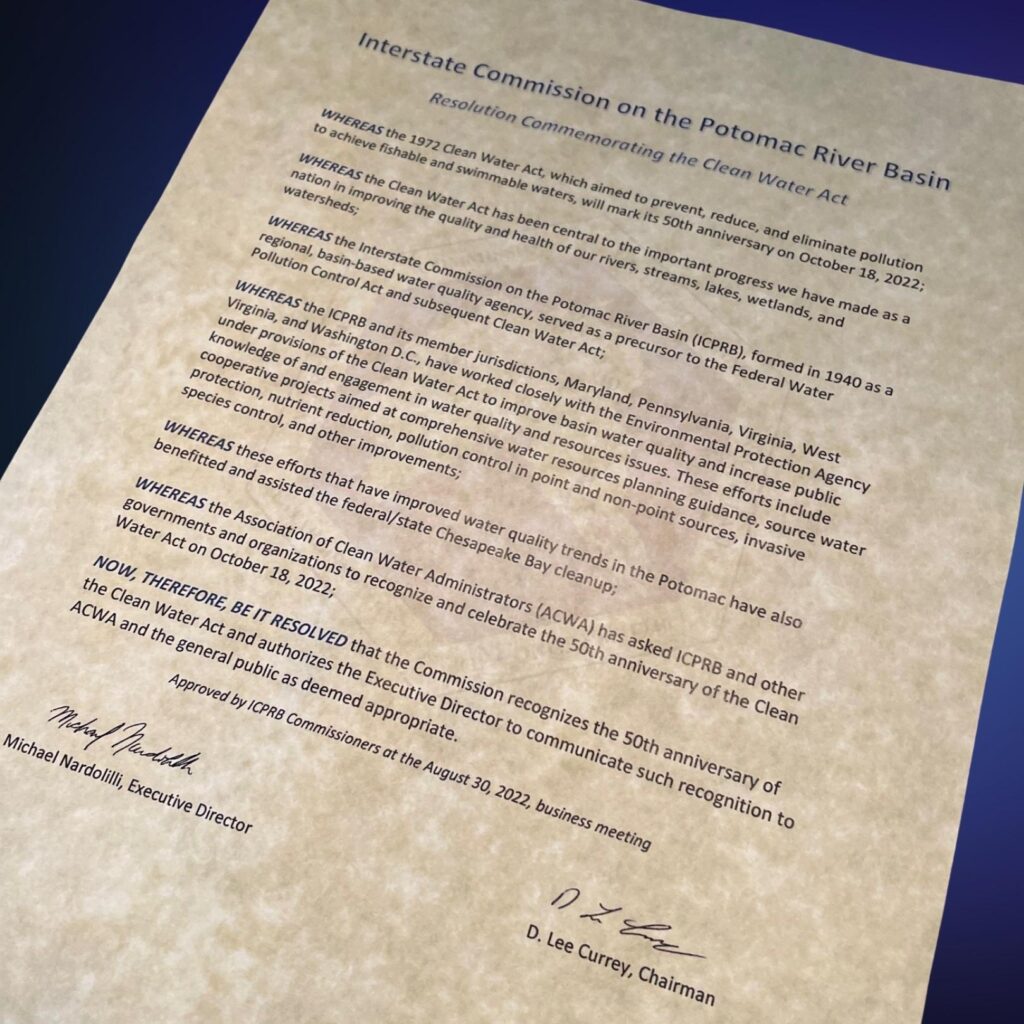 WHEREAS the 1972 Clean Water Act, which aimed to prevent, reduce, and eliminate pollution to achieve fishable and swimmable waters, will mark its 50th anniversary on October 18, 2022;

WHEREAS the Clean Water Act has been central to the important progress we have made as a nation in improving the quality and health of our rivers, streams, lakes, wetlands, and watersheds;

WHEREAS the Interstate Commission on the Potomac River Basin (ICPRB), formed in 1940 as a regional, basin-based water quality agency, served as a precursor to the Federal Water Pollution Control Act and subsequent Clean Water Act;

WHEREAS the ICPRB and its member jurisdictions, Maryland, Pennsylvania, Virginia, West Virginia, and Washington D.C., have worked closely with the Environmental Protection Agency under provisions of the Clean Water Act to improve basin water quality and increase public knowledge of and engagement in water quality and resources issues. These efforts include cooperative projects aimed at comprehensive water resources planning guidance, source water protection, nutrient reduction, pollution control in point and non-point sources, invasive species control, and other improvements;

WHEREAS these efforts that have improved water quality trends in the Potomac have also benefitted and assisted the federal/state Chesapeake Bay cleanup;

WHEREAS the Association of Clean Water Administrators (ACWA) has asked ICPRB and other governments and organizations to recognize and celebrate the 50th anniversary of the Clean Water Act on October 18, 2022;

NOW, THEREFORE, BE IT RESOLVED that the Commission recognizes the 50th anniversary of the Clean Water Act and authorizes the Executive Director to communicate such recognition to ACWA and the general public as deemed appropriate.

Approved by ICPRB Commissioners at the August 30, 2022, business meeting