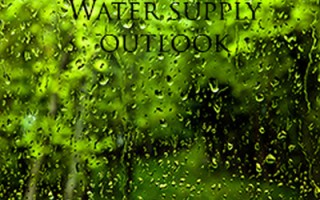 There is a below normal probability of releases from the Washington metropolitan area’s back-up water supply reservoirs for the 2015 summer and fall seasons. Generally, the use of Jennings Randolph and Little Seneca reservoirs is triggered by low flows brought about by a combination of low summer precipitation and low groundwater levels. The MARFC’s Water Resource Outlook for the southern portion of the Middle Atlantic reports that precipitation in the month of July has been scattered and variable, with a basin averaged precipitation 0.5 inches below normal. Precipitation is expected to be near or above normal in the next month. Dry weather conditions are still possible later this summer. At present, there is sufficient flow in the Potomac River to meet the Washington metropolitan area’s water demands without augmentation from upstream reservoirs. In the event that low-flow conditions do develop, the Washington metropolitan area is well-protected from a water supply shortage because of carefully designed drought-contingency plans.

There is a 1 to 4 percent conditional probability that natural Potomac flow will drop below 600- to 700-million gallons per day (MGD) at Little Falls through December 31 of this year; at these flow levels, water supply releases from Jennings Randolph and Little Seneca reservoirs may occur. Releases occur when predicted flow is less than demand plus a required flow-by. Drinking water demand ranges from 400 to 700 MGD during the summer months and the minimum flow-by at Little Falls is 100 MGD. Note that natural flow is defined as observed flow at the Little Falls gage plus total Washington metropolitan Potomac withdrawals, with an adjustment made to remove the effect of North Branch reservoir releases on stream flow.