In April, 2016, ICPRB participated in an Algae Summit that coincided with the EPA Region 3 Water Director’s meeting. Subsequently, during the following August, the Commission hosted an EPA-sponsored workshop on algae identification. Interested staff of state agencies and river basin commissions took the time to familiarize themselves with the different forms of filamentous algae and underwater plants in the Mid-Atlantic region through presentations and samples under the microscope. 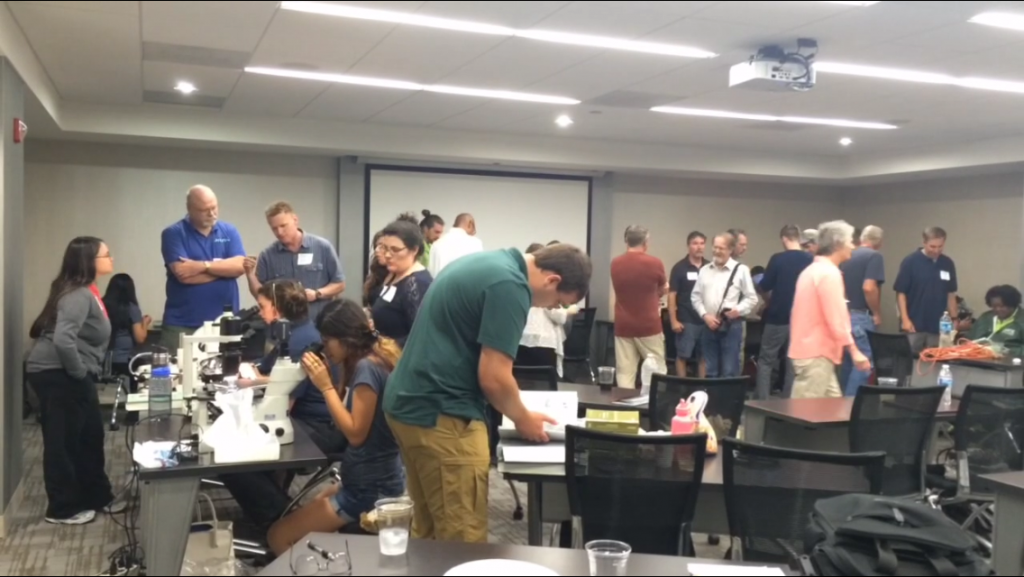